We wish you Shamanic Christmas & a Pagan New Year

21 Dec We wish you Shamanic Christmas & a Pagan New Year

Posted at 18:32h in Uncategorised by Matt Wallden 0 Comments
0 Likes

It’s commonly said that the true meaning of Christmas is all too easily forgotten in this consumer age… And this is true of course.  However, was it ever really truly understood? Perhaps it was – a long time ago.

One clue is in the name – but perhaps not for the reasons you think it is.  Christ, of course, refers to the figureJesus Christ; whether he be historical or mythical.  But far from it being his surname, Jesus is only known as Christ because he christed himself; gave himself over to spirit, not for a political gain, but because of a higher knowledge or “gnosis”.

Whether you prefer to view it as a mythical or historical event, the symbolism remains the same.   The word Christ, has variously been defined as  meaning “the anointed”, ‘the messiah” or “the word” or “voice”.

The wisdom attributed to Jesus is also profound, and the various definitions of Christ highlight the notion of him being a “saviour” with a special message to offer.  This message was perhaps most clearly expressed in the following phrase:

Split a piece of wood, and I am there. Lift up the stone, and you will find me there. 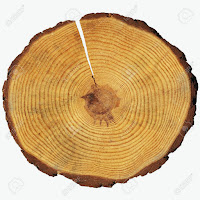 The message to be conveyed was not that Jesus, as an individual entity, is in everything, but that spirit, life-force is in everything – even in a piece of wood or under a stone.  The traditional sense of spirit is akin to the contemporary view of The Force in George Lucas’ StarWars; it surrounds us, penetrates us and binds the galaxy together. Hence, it would make no sense that worship should be onto a single mysterious external authority figure, but should be on the life experience itself, to worship this all-pervading spirit in everything and everyone…

This leads on nicely to illustrate the profundity of “Christ-mass”.  It is when we all come together, or amass, with those we love – to be in high spirits, to worship each other, and give thanks for everything we share in our lives…

Of course, the Pagan view on all this does not refer to a historical or mythical figure called Jesus who is the son of God, but the sun – the solar deity – that is the spark of life, or  what could be termed the Sun of God.

As described in ZeitgeistMovie, from the perspective of the northern hemisphere, the sun appears to move south and get smaller in the sky and is seen more infrequently from the summer solstice onwards.  The shortening of the days and the passing of the harvest when approaching the heart of winter symbolized the death process to our ancestors.  It was the death of the Sun.

By December 22nd, the winter solstice (today!) the Sun’s demise was complete; the Sun, finally reaching it’s lowest point in the sky after 6 months of gradual descent.

Yet, on the 22nd of December a curious scenario unfolds: the Sun appears to stop moving south for 3 clear days.  During this 3 day pause the Sun resides in the vicinity of the star formation known as the Southern Cross, or Crux, constellation.

Following this  spell, where the sun is still – or “dead” – on the cross, the Sun moves 1 degree north, on the December 25th.

This is a time for celebration as the Sun of God is reborn, the longer days, warmth, and harvests of the incoming year are once again in view .  And thus it was said: the Sun died on the cross, was dead for 3 days, only to be resurrected or born again.

This is why Jesus and numerous other “Sun Gods” share the crucifixion, 3-day death, and resurrection concept within their stories.  It is the Sun’s transition period before it shifts its direction back into the Northern Hemisphere, bringing Spring, and thus salvation.

Other aspects of the Jesus as Sun God concept which highlight the Pagan insights into the symbolism behind the Christian story are described in ZeitgeistMovie or on this site.

Fathering the Mass of Christ

In modern society – and since hunter-gatherer times – the notion that the father goes out to hunt, to work and to bring back the “trophy” to the family or tribe is a predominant theme. This theme is reflected in the choice of character for the contemporary Christmas story – not just the gender, but also the trophies he returns adorned with in the very midst of winter.  So, we’ve discussed the Son of God, but how about the Father of Christmas?  How did this other great icon of Christmas time come about and enter the public psyche?

In indigenous cultures, the wise person or parent of the tribe would have been the shaman – the person who people turned to at times of crisis.  The word “shaman” actually has its roots in the Tungus word saman which means “one who knows or knows the spirits.” Fittingly, the spirit of Christmas may originate from one who knows the spirits.  The story of Santa and his flying reindeer may be traceable to what might be considered a taboo source; hallucinogenic or “magic” mushrooms according to livescience.com.

“Santa is a modern counterpart of a shaman, who consumed mind-altering plants and fungi to commune with the spirit world,” according to anthropologist John Rush. Many of the characteristics we associate with Santa are strikingly reminiscent of Siberian shamanic practices.  Following are 8 ways that the connection with Siberian shaman helps to explain the story of Santa and his reindeer.

Shamans in the Siberian and Arctic regions traditionally call into community teepeelike homes with a bag full of hallucinogenic mushrooms as presents in late December. Santa’s boots coming down the chimney

Historically, these practicing shamans would collect Amanita muscaria (the Holy Mushroom), dry them and then give them as gifts on the winter solstice. Because the snow was so deep, the doors were inaccessible so the only way they could enter the homes was to drop down through the chimneys.

That’s just one of the symbolic connections between the Amanita muscaria mushroom and the iconography of Christmas, according to several historians and ethnomycologists, or people who study fungi’s influence on human societies. Bauble or mushroom? Mushrooms were traditionally hung on tree branches to dry them – up out of the snow on the ground.

In his book “Mushrooms and Mankind” (The Book Tree, 2003) the late author James Arthur points out that Amanita muscaria, also known as fly agaric, lives throughout the Northern Hemisphere under conifers and birch trees, with which the fungi — which are deep red with white flecks — have a symbiotic relationship. This partially explains the practice of the Christmas tree, and the placement of bright red-and-white presents underneath it, which look like Amanita mushrooms, he wrote.

“Why do people bring pine trees into their houses at the winter solstice, placing brightly coloured (red-and-white) packages under their boughs, as gifts to show their love for each other …?” he wrote. Mushroom found naturally under fir trees may represent the brightly coloured gifts under the tree.

“It is because, underneath the pine bough is the exact location where one would find this ‘Most Sacred’ gift, the Amanita muscaria, in the wild.”

Since the mushrooms needed drying, they were often hung along the branches of the trees or strung up in socks by the fire.

(Note:  these mushrooms should NOT be eaten, as they can be poisonous.)

Reindeer are also native to Siberia and northern Europe, and seek out these hallucinogenic fungi, as do the shaman.  It is certainly feasible that Siberian people who ingested fly agaric may have hallucinated that the grazing reindeer were flying.

“At first glance, one thinks it’s ridiculous, but it’s not,” said Carl Ruck, a professor of classics at Boston University. “Whoever heard of reindeer flying? I think it’s becoming general knowledge that Santa is taking a ‘trip’ with his reindeer.”

“Amongst the Siberian shamans, you have an animal spirit you can journey with in your vision quest,” Ruck continued. “And reindeer are common and familiar to people in eastern Siberia.”

Traditional Siberian shamans out of reverence to the  mushroom which provides deep spiritual insight dress up to look like the mushroom in red suits with white spots, as illustrated here.

As well as the notion that the mushrooms tend to collect around the base of fur trees, a further Siberian tradition was to place a pine tree in their homes for ceremonial purposes. The upward pointing furs would provide symbolic power to propel their spirit up and out of the home via the hole in the roof.  Once the journey was complete, they would return through the smoke-hole/chimney with the gifts from the spirit world. Reigndeer eating the mushrooms would, from certain angles, have looked like they had a “red nose”

Ruck points to Rudolph as another example of the mushroom imagery resurfacing: His nose looks exactly like a red mushroom. “It’s amazing that a reindeer with a red-mushroom nose is at the head, leading the others,” he said.

7. “A Visit from St. Nicholas” may have borrowed from shaman rituals.

Many of the modern details of contemporary Santa Claus come from the 1823 poem “‘Twas the Night Before Christmas”. The poem is credited to Clement Clarke Moore, an aristocratic academic who lived in New York City.

The origins of Moore’s vision are unclear, although Arthur, Rush and Ruck all think the poet probably drew from northern European motifs that derive from Siberian or Arctic shamanic traditions.

8. Santa is from the Arctic.

There is contention as to whether or not Shamans use sleighs for travel, however, the point isn’t the exact mode of travel, but that the “trip” involves transportation to a different, magical, celestial realm. Sometimes people would also drink the urine of the shaman or the reindeer, as the hallucinogenic compounds are excreted this way, without some of the harmful chemicals present in the fungi (which are broken down by the shaman or the reindeer), Rush said.

“People who know about shamanism accept this story,” Ruck said. “Is there any other reason that Santa lives in the North Pole? It is a tradition that can be traced back to Siberia.”

So, now you know a bit more about the magic of Christmas, the knowers of spirits, the deeper symbolism of all we do at this time, the celebration of new life and its cycles; and celebration of the ever-present spirit  in everything.

All that remains is for me to wish you Shamanic Christmas and a Pagan New Year!  Let’s celebrate life and the renewal of the life-cycle!!

I’d like to thank  ZeitgeistMovie.com and Xristiann blogsite for insights into the Zodiac connection with the story of Jesus, and Amaali Shaw who first made me aware of the shamanic connection with Santa for the first time last year, and the livescience.com and realitysandwich.com sites for providing most of the information for this part of the post.